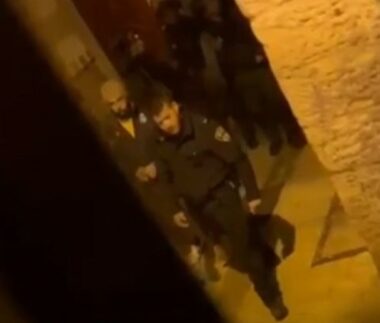 Israeli soldiers abducted, on Friday at dawn, five Palestinians, including three siblings, in the Old City of the occupied Palestinian capital, Jerusalem, in the West Bank.

WAFA added that the soldiers also abducted Mohammad Ghosha and Omar Ibrahim, from their homes in the Old City.

It is worth mentioning that dozens of soldiers conducted extensive searches in the alleys of Bab Hotta, before breaking into and ransacking many homes, in addition to firing gas bombs and concussion grenades.