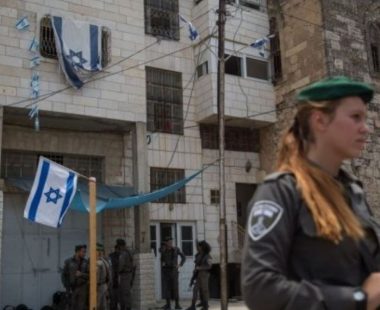 A group of armed extremist Israeli colonizers invaded, on Monday at night, a Palestinian home in the Old City of Hebron, in the southern part of the occupied West Bank, and occupied it.

The WAFA Palestinian News Agency said the home is owned by members of Za’tari Palestinian family, and is located near the Ibrahimi Mosque, and close to Keryat Arba’ illegal colony.

The colonizers were accompanied by many soldiers, who surrounded the area and prevented the Palestinians from entering it, while the assailants brought furniture into the property.

Local nonviolent activist Aref Jaber said the illegal takeover of the Palestinian home came just three months after an attempt by the colonizers to occupy it.

Also on Monday, Israeli soldiers killed Wa’el Abdul-Fattah al-Ja’bari, 27, reportedly after he attempted to stab them.