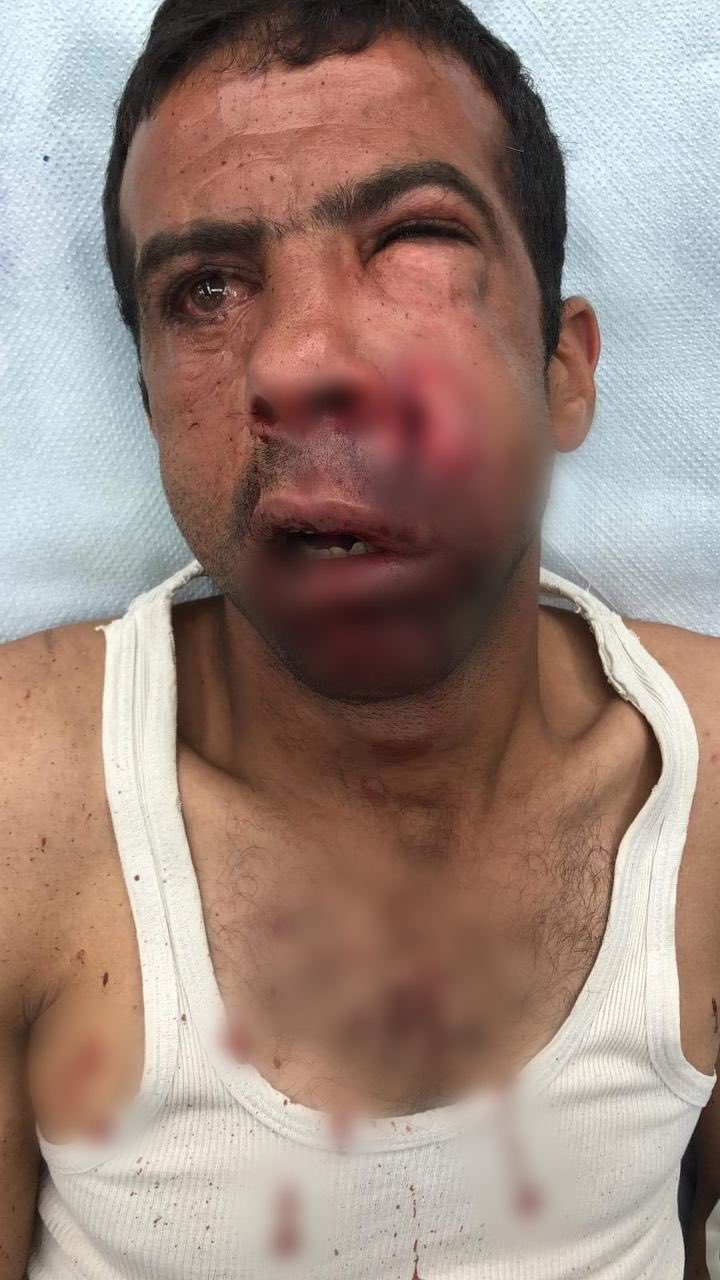 As the Israeli military continued pounding the Gaza Strip with missiles for the third straight day, groups of armed Israelis in different parts of Israel invaded Palestinian neighborhoods and villages and began attacking Palestinians and their property.

The Israeli mobs were allowed to carry out their assaults on Palestinians despite the fact that Palestinians had been banned from going to the street to protest the Israeli attack on their relatives and fellow Palestinians in Gaza.

The Israeli police had imposed a curfew in Palestinian towns inside Israel Wednesday night, but did not enforce the curfew against the roaming bands of armed Israelis.

A Palestinian man was brutally beaten by an Israeli mob in Haifa:

Armed Israelis attacked Palestinian cars and businesses in that city as well:

Palestinians were successful in preventing Israelis from setting fire to mosques in both cities, confronting them and chasing them away from the mosques.

Israeli police arrested more than 17 Palestinians in Lod and other Arab cities during the protests prior to the curfew being imposed. They did not arrest any of the armed Israelis that attacked Palestinian civilians.

In Lod, in addition to trying to set fire to the central Mosque in the town, the mob also set fire to a car owned by a Palestinian citizen of Israel.

A human rights activist from the town, Majd Kayyal, said that the situation in occupied Lod and Yaffa is terrifying. Israeli forces, according to Kayyal, are accompanying the paramilitary settlers and allowing them to carry out their attacks with impunity.

“The situation is really terrifying and a recipe for a massacre.”, Kayyal said.

The roaming bands of armed Israelis follow the shooting death of a young Palestinian citizen of Israel a day earlier. The young man had been participating in a protest against the Israeli bombing of Gaza when an armed paramilitary settler began opening fire at the demonstrators, killing him and severely wounding another.

The Mayor of Lod, Yair Revivo, called the situation in his town a “civil war between Arabs and Jews.”