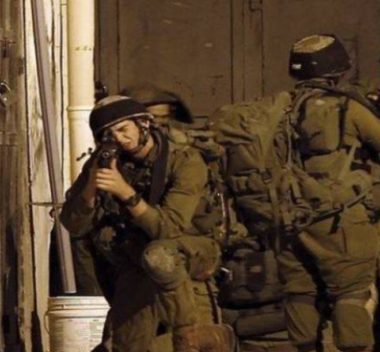 Israeli soldiers abducted, on Sunday at dawn, a young Palestinian man from his home in Battir town, west of Bethlehem, south of occupied Jerusalem, in the West Bank.

Media sources in Bethlehem have reported that the soldiers abducted Ahmad Ramzi al-Mashni, 23, after invading his home and searching it.

They added that the soldiers interrogated the Palestinian, while ransacking his home, and took him to Etzion military base, south of Bethlehem.

The soldiers also invade Um Salmouna village, south of Bethlehem, and searched the home of one Palestinian, identified as Ahmad Taqatqa.

In related news, the soldiers searched homes in Hebron, in the southern part of the Wets Bank, and abducted one child, identified as Ahmad Shaher Gheith, 15.