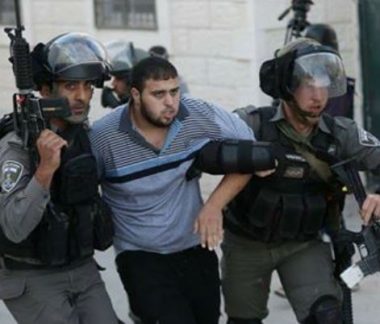 The soldiers also invaded Bardala and Ein al-Baida villages, in the West Bank’s Northern Plains, and interrogated many Palestinians while inspecting their ID cards, in addition to collecting ID card numbers from many young men.

In related news, the soldiers abducted, overnight and on Monday at dawn, seventeen Palestinians in different parts of the occupied West Bank, during extensive and violent military searches of homes.