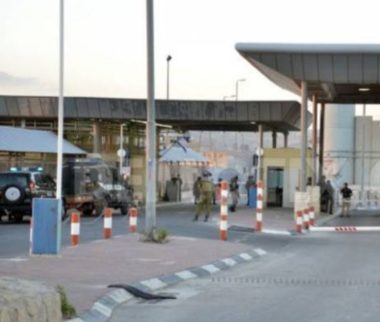 Israeli media sources said the Palestinians, 17 years of age, reportedly “carried Molotov cocktails which he intended to throw at the soldiers manning the terminal.”

They added that the soldiers then detained the young man, before cuffing and blindfolded him, and took him to an interrogation center, in Jerusalem.

In related news, the army said that a Palestinian fired several live rounds at the al-Jalama military roadblock, north of Jenin, in the northern part of the West Bank.

Israeli Ynet News quoted the spokesperson’s unit of the Israeli military claiming that the soldiers located spent bullets in the area of the shooting.