Army Abducts A Palestinian Patient At Erez Terminal, On His Way For Treatment In Jordan 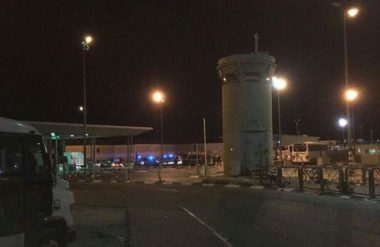 Israeli soldiers abducted, on Wednesday evening, a Palestinian patient at the Erez border terminal, in northern Gaza, although he obtained a permit from the Israeli side to cross the terminal, on his way receive medical treatment in Jordan.

The Palestinian, has been identified as Abdul-Rahman Sami Abu Lihya, 27, from al-Qarara town, north of Khan Younis, in the southern part of the Gaza Strip.

He was heading to Jordan along with his father, who was accompanying him, but the soldiers disregarded the permit, and his health conditions, abducted him, and forced his father back.

His family voiced an appeal to the Red Cross and various legal and human rights groups, to intervene and secure his release, in addition to ensuring he receives the urgently needed medical treatment, in accordance with all related human rights treatments, and international laws.