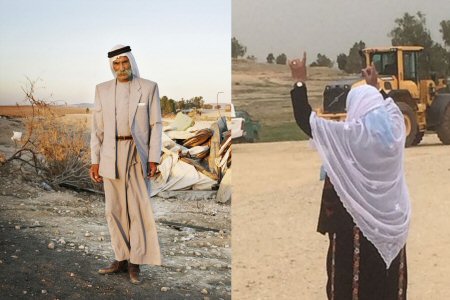 Palestinian sources said that the Israeli land authority, accompanied by Israeli police and bulldozers, raided the village and demolished the Palestinian homes.

It was only the latest payment in which the village has had to compensate Israel for its routine demolitions in the village, according to Days of Palestine.

According to Al-Araqib residents, before the latest court ruling, the village was ordered to pay more than two million shekels (approximately $541,000) for the cumulative cost of Israeli-enforced demolitions carried out against the village since 2010.

This village is one of 35 Bedouin villages considered “unrecognized” by the Israeli state. According to the Association for Civil Rights in Israel (ACRI), more than half of the approximately 160,000 Bedouins in the Negev reside in unrecognized villages.

The unrecognized Bedouin villages were established in the Negev soon after the 1948 Arab-Israeli war following the creation of the state of Israel.

Now, more than 60 years later, the villages have yet to be recognized by Israel, and live under constant threat of demolition and forcible removal.

Right groups say that the demolition of unrecognized Bedouin villages is a central Israeli policy aimed at removing the indigenous Palestinian population from the Negev and transferring them to government-zoned townships, to make room for the expansion of Jewish Israeli communities.