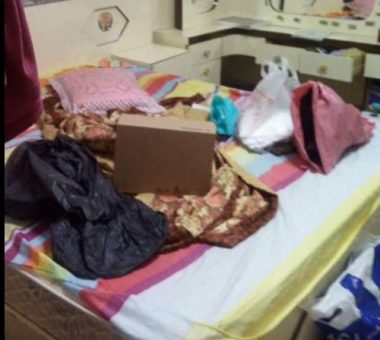 Dozens of Israeli soldiers invaded, on Wednesday at dawn, Beit Rima town, northwest of the central West Bank city of Ramallah, and abducted a young Palestinian man from his home.

The soldiers invaded and searched several homes in the town, abducted Samer Sobhi Rimawi, 27, and took him to an unknown destination.

Media sources in the town said several youngsters hurled stones at the invading army jeeps, while the soldiers fired many gas bombs and concussion grenades; there have been no reports of injuries.

It is worth mentioning that Samer is the brother of two political prisoners, identified as Adham and Sami, who are both imprisoned by Israel under arbitrary Administrative Detention orders, without charges or trial.