Army Abducts Five Children And A Young Man, In Jerusalem, Three From Jenin 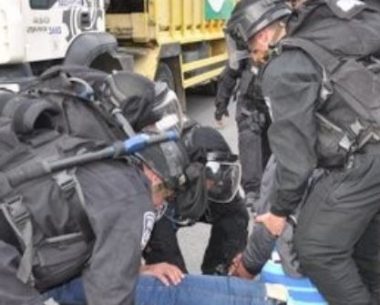 Media sources in Jerusalem said the soldiers invaded and searched many homes in Jerusalem, and abducted five children in the al-‘Isawiyya town, in the center of the city, and one Palestinian in Jabal al-Mokabber, southeast of the city.

The soldiers caused excessive damage to the searched homes, while many children suffered anxiety attacks.

In related news, the Israeli police abducted two Palestinian workers from the al-‘Arqa village, southwest of Jenin, while working in Um al-Fahm town, in the Haifa District, only twenty kilometers northwest of Jenin.

The two Palestinians, identified as Ahmad ‘Ayed Yahya, 27, and his brother Khaled, 25, were working at a Restaurant, and a carwash facility, in Um al-Fahm.

In addition, the soldiers abducted a young Palestinian man in Tulkarem refugee camp, and searched many homes in Tulkarem city.

Also at dawn, the soldiers abducted a young Palestinian woman, and two men, during military invasions into homes, in different parts of the southern West Bank district of Hebron.