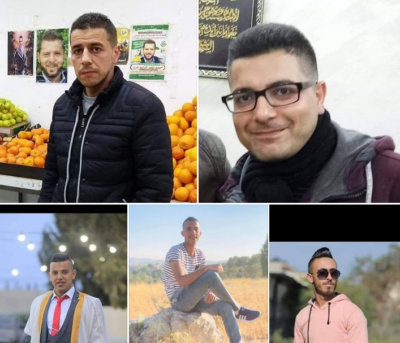 It added that the soldiers also invaded the home of a former political prisoner, identified as Sultan Ahmad Khallouf, detained his father, and handed the family an order for Sultan to turn himself in to the military in Salem base, near Jenin.

Furthermore, the soldiers abducted a former political prisoner, identified as Mohammad Jamal Zobeidi, in addition to Abdullah Mohammad Jalamna, after invading their homes and searching them, in Jenin refugee camp.

During the invasion into the refugee camp, the soldiers fired many gas bombs and concussion grenades at Palestinian protesters, causing many to suffer the effects of teargas inhalation.

In Jenin city, the soldiers invaded and searched a few homes, and abducted Mohammad Nabil Sabah.