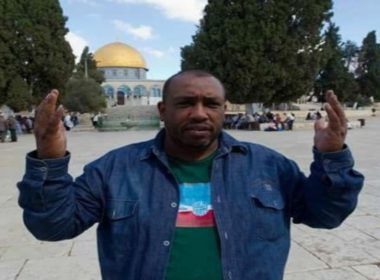 Israeli soldiers abducted, Sunday, five Palestinians, including two guards of the Al-Aqsa Mosque, and the head of the Palestinian Prisoners’ Society (PPS), in two separate incidents, in occupied Jerusalem.

The PPS said the soldiers abducted the head of its Jerusalem Office, the Secretary of Fateh Movement, Nasser Qous, in addition to Niaz Salayma and Sajed Salayma.

The PPS added that the solders abducted the three Palestinians in the al-Misrara neighborhood while preparing food packages to give to families of political prisoners in Jerusalem’s Old City, as part of social activities during the current holy Muslim month of Ramadan.

In addition, the army abducted two civilian guards of the Al-Aqsa Mosque, identified as Samir al-Yamen and Sa’ed Salayma, while leaving the holy site.