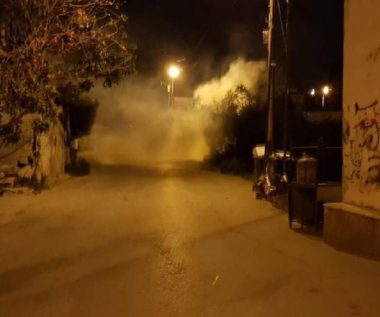 The sources added that the soldiers also detained Morad Tawalba for several hours, before releasing him.

Many Palestinians protested the invasion, and the abduction of the Palestinians, before the soldiers fired many gas bombs and concussion grenades, causing many to suffer the effects of teargas inhalation.