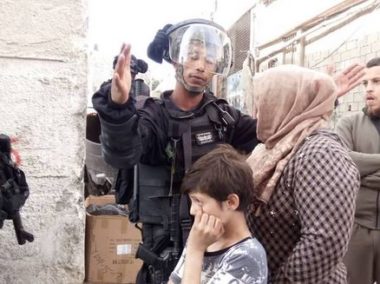 The Wadi Hilweh Information Center in Silwan (Silwanic) said dozens of soldiers invaded Silwan and Jabal al-Mokabber, after surrounding and isolating them, and initiated violent searches of homes.

The children were heading to their schools, when the soldiers stopped and abducted him, in addition to assaulting two of them, causing various cuts and bruises.

Dozens of soldiers and police officers have been deployed in Bab al-‘Amoud and Sultan Suleiman Street, and sealed them after alleging finding an explosive charge in a plastic bag, and later announced that the suspected explosive was just barrage dumped in the area.

The Israeli measures were carried out as hundreds of students, employees and workers were trying to reach their work places and educational facilities.