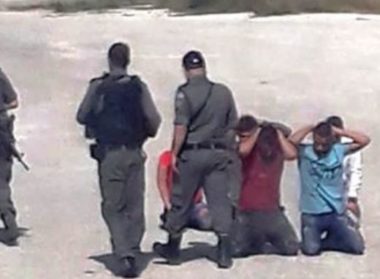 Israeli soldiers abducted, Friday, several young Palestinian men in Qalandia area, north of occupied East Jerusalem, while trying to enter the city for Friday prayers in the Al-Aqsa Mosque, on the second Friday of the holy Muslim month of Ramadan.

They added that the soldiers also abducted several young men, and took them to an unknown destination.

It is worth mentioning that, while Israel claims to allow the Muslim Palestinians to enter Jerusalem for Friday prayers, men under the age of 40 are denied access.

In related news, a group of fanatic illegal Israeli colonists invaded Palestinian agricultural lands in ‘Aseera al-Qibliya village, south of the northern West Bank city of Nablus, and burnt them.