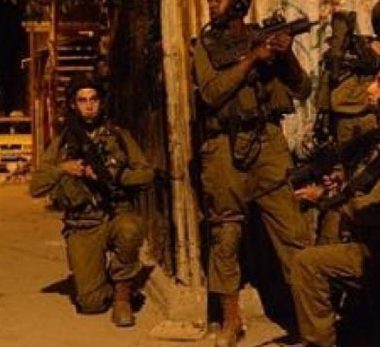 Israeli soldiers abducted, on Wednesday at dawn, three young Palestinian men, from Bethlehem governorate, in the occupied West Bank, and summoned one woman for interrogation.

Also in Teqoua’, the soldiers summoned a Palestinian woman, identified as Hiyam Hasan al-‘Amour, 50, for interrogation at the Etzion military base and security center, south of Bethlehem, after storming her home and ransacking it.

In addition, the soldiers invaded the al-Khader town, south of Bethlehem, and abducted Mahmoud Ahmad Abu Swai, 21, after breaking into and searching his home, in Um Rokba area.