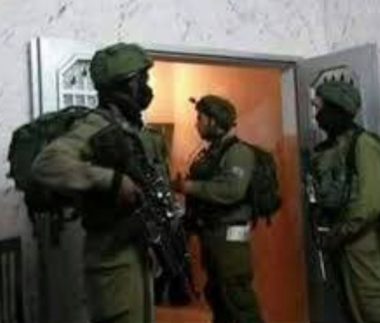 Israeli soldiers abducted, on Tuesday at dawn, two Palestinians, and summoned four others for interrogation, during violent military searches of homes, in Hebron governorate, in the southern part of the occupied West Bank.

Furthermore, the soldiers invaded many homes and neighborhoods in Beit Ummar town, north of Hebron, and conducted violent searches of homes and property, before summoning four former political prisoners for interrogation in nearby Etzion military base and security center.

During the violent searches, the soldiers confiscated many Palestinian flags, and posters of Palestinians, who were killed by the army.

The soldiers also installed roadblocks at the entrances of Halhoul, Nabi Younis and the ath-Thaheriyya towns, in addition to the al-Fawwar refugee camp.