Army Abducts Two Palestinians In Rafah, One In Ramallah 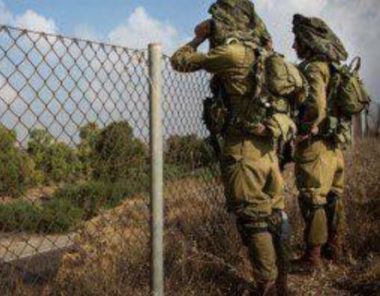 Eyewitnesses said the soldiers fired many live rounds into the agricultural lands, close to the border fence, east of Rafah, and abducted two Palestinians for “approaching the fence.”

The two were cuffed and blindfolded before the soldiers moved them to an unknown destination.

Israel prevents the Palestinians from entering their owned lands, in all areas close to the border fence, in the northern and eastern parts of the Gaza Strip, in addition to frequently invading and bulldozing the lands.

In the West Bank, the soldiers invaded the al-Masayef area, in Ramallah, and abducted Yazeed Rajeh Rimawi, 38, from his home after violently searching it.

The abducted man is originally from Beit Rima town, northwest of Ramallah.

In related news, the soldiers invaded Bethlehem city and nearby communities, searched many homes and abducted three Palestinians, including a teenager.