Israeli Soldiers Abduct Seven Palestinians In Nablus, One In Jerusalem 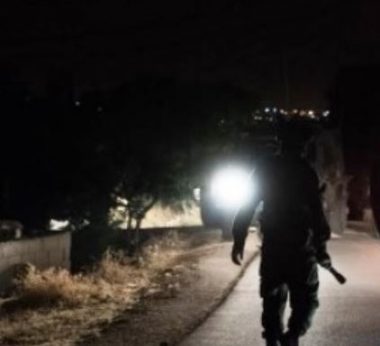 Israeli soldiers abducted, on Wednesday at dawn, seven Palestinians, including a legislator, in the northern West Bank governorate of Nablus, and one in Shu’fat refugee camp, in occupied East Jerusalem.

Furthermore, the soldiers abducted three Palestinians in Rafah, in the southern part of the Gaza Strip, and Ramallah, in central West Bank.

In related news, the soldiers invaded Bethlehem city and nearby communities, searched many homes and abducted three Palestinians, including a teenager.