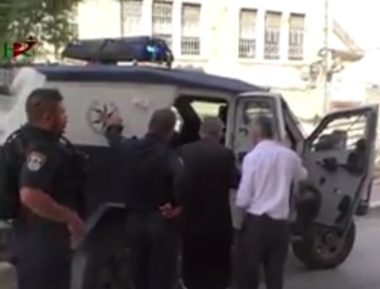 The Quds News Network has reported that the soldiers abducted Zidan Sharabati, and his brother, Mofeed, from Shuhada Street, in Hebron city.

In related news, the soldiers closed many roads near Qalqilia, in northern West Bank, before stopping and searching dozens of cars, and interrogated many Palestinians while inspecting their ID cards. The army said Palestinian youngsters hurled stones at a settler’s car, causing damage.

On Sunday at dawn, the soldiers abducted ten Palestinians from their homes, in several parts of the occupied West Bank.