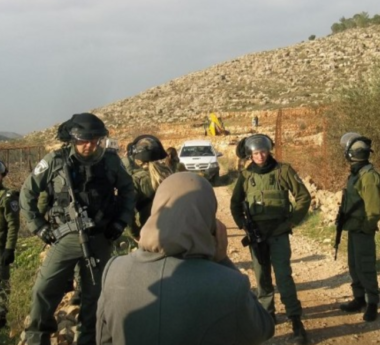 Israeli soldiers invaded, Wednesday, the al-Jiftlik village, in the West Bank’s Central Plains, and confiscated an irrigation network from lands owned by a Palestinian from the village.

Media sources said the soldiers invaded the lands, owned by a local farmer, identified as Na’el Bani Odah, and confiscated the irrigation network providing his farmlands with the needed water.

They added that the confiscated network and pipes were used to provide water for nearly 30 dunams, which for the past eight seasons have been planted with grapevines.

The incident is part of repeated violations carried out by the army, and in many cases by illegal colonialist settlers, in several parts of the occupied West Bank.