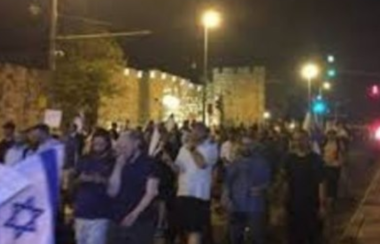 Media sources in Nablus said the army accompanied many buses filled with Israeli colonialist settlers, and sealed the entire area, preventing the Palestinians from entering it.

They added that many Palestinian youngsters hurled stones at the invading vehicles, while the army fired many rubber-coated steel bullets and gas bombs.

Both were rushed to hospitals in Nablus city, while medics provided treatment to several Palestinians who suffered the effects of teargas inhalation.

Joseph the patriarch is revered by Jews, Muslims, Christians, and Samaritans alike. The Israeli military allows Jews to visit as part of organized pilgrimages, although the site is in Area A where the PA has full control, however, the Palestinians aren’t allowed to enter it.