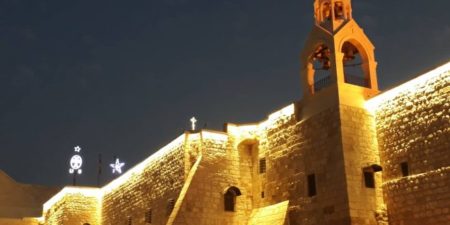 The United Nations Educational, Scientific and Cultural Organization (UNESCO) removed, at the request of the state of Palestine, Bethlehem’s Church of the Nativity from UNESCO’s list of endangered world heritage sites following restorations.

The church was named a UNESCO world heritage site in 2012 and placed on its endangered list the same year, due to its poor condition as a result of water leakage from the roof, threatening the structural integrity of the building.

The committee reached the decision to remove it from the endangered list during a meeting in Baku, which began on June 30 and continues until July 10, it said in a statement, PNN reports.

The restoration was carried out with donations received from all over the world towards the program.

Maaya said that these registrations are an important method to preserve the Palestinian heritage from the Judaization policies of the Israeli occupation authorities.