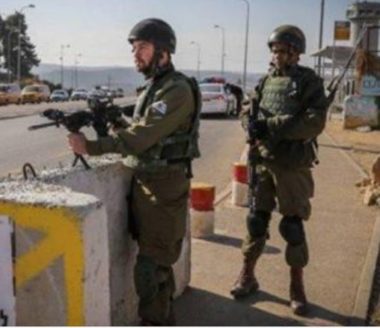 The Israeli army continued the isolation of Azzoun town, east of the northern West Bank city of Qalqilia, for the fifteenth consecutive day, after the military closed it main road with concrete.

Riyad Hannoun, the mayor of Azzoun, said the Israeli army has been conducting daily invasions, violent searches of homes and many abductions among the residents, especially the young men.

Hannoun added that the closure of the main road has forced the Palestinians to take long, rough and unpaved roads, just of be able to leave their village or reenter it.

He also said that the Israeli army has been conducting serious violations against the residents, including isolating large areas of their farmlands, to build and expand Israel’s illegal colonies.