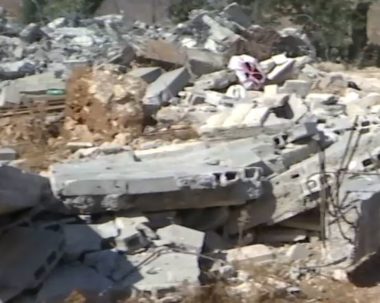 Israeli soldiers invaded, Thursday, the village of al-Walaja, west of Bethlehem, south of occupied Jerusalem in the West Bank, before demolishing a garage, and a carwash facility.

He added that the demolished structures were on Palestinian lands at the entrance of al-Walaja, and that the army alleged they were built without a permit from the “Civil Administration Office.”

The structures were permitted and licensed by the al-Walaja Village Council.

In related news, the soldiers invaded the ath-Thaheriyya town, south of Hebron in southern West Bank, and destroyed machines in a blacksmith and lathe workshop, in addition to demolishing four residential rooms in Yatta nearby town.