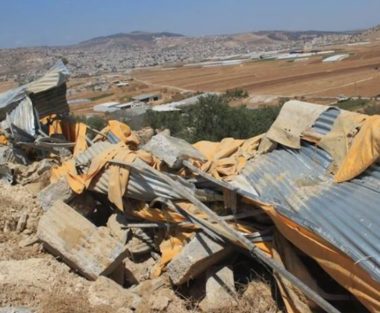 Daraghma added that the destroyed water reservoir, located in Einoun area, had the capacity to store 1000 cubic meters of water, and was used for irrigating hundreds of Dunams of farmlands in Tubas Meadows.

This is the second time the army demolishes the reservoir in the last few months under various allegations, especially since Israel is trying to confiscate more lands for the construction and expansion of its illegal colonies, built on occupied lands in direct violation of International Law.