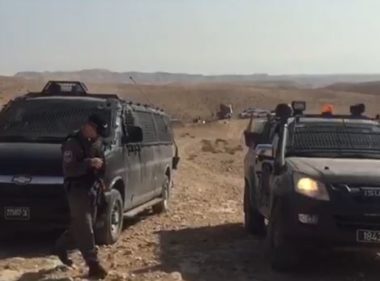 Rateb Jabour, the coordinator of the National and Popular Committee against the Annexation Wall and Colonies in Southern West Bank, said the soldiers demolished many residential sheds and structures in Shu’ab al-Haratheen area in the ad-Daqeeqa community.

He added that the soldiers also confiscated solar panels, used for generating electricity by Jamil Mahmoud Najajra, and his son Mahmoud.

The soldiers were still in the village at the time of this report, an issue that raises fear among the residents of further demolitions and violations.