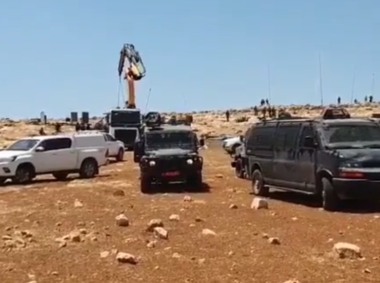 He added that the structures are owned by Mahmoud Salem al-Ka’abna, and his sons Odah, Salem, and Ghaleb.

The army claims the structures were built without a permit from the “Civil Administration Office,” the administrative branch of Israel’s illegal occupation.

The families did not receive any warning, therefore, had not time to file appeals.

After demolishing the structures, the soldiers confiscated all the materials and left the area.