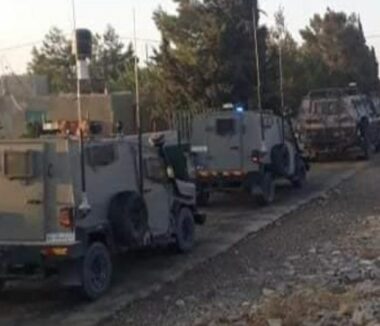 Ahmad Ghazal, the deputy head of Kisan Village Council, said that the soldiers surrounded and isolated the Teena area, in the east of the village, preventing the Palestinians from entering or leaving it.

Ghazal also said that the soldiers have recently escalated their violations against the village, by confiscating large areas of Palestinian lands, demolishing many tens and sheds, in addition to halting the construction of a local school.