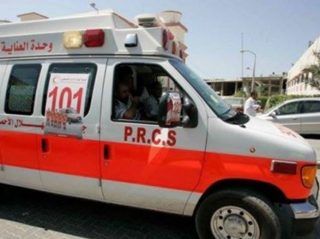 The WAFA Palestinian News Agency said the soldiers, stationed on military towers across the border fence, fired many live rounds at Palestinian farmers, moderately injuring one of them.

Local medics rushed to the site of the Israeli attacks, and moved the wounded man to the al-Aqsa hospital, in Deir al-Balah.

The Israeli attack forced the farmers to leave their lands in fear of additional military escalation and violations.

It comes as part of repeated violations and assaults targeting the Palestinians in the besieged and improvised coastal region. Such attacks also include opening fire on Palestinian fishers and their boats in Gaza territorial waters.