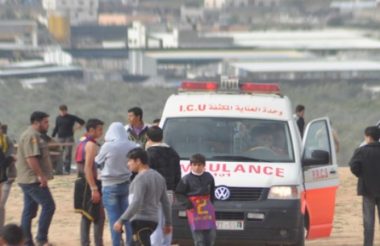 Israeli soldiers attacked, on Friday evening, many Palestinians protesting near the border fence, east of Gaza city, and injured a young man with live fire.

Media sources in Gaza said the soldiers, stationed in the Nahal Oz military base, across the border fence, east of the Sheja’eyya neighborhood, in the eastern part of Gaza city, fired many live rounds, moderately wounding a young man.

The wounded Palestinian was moved to a local hospital, while several others received treatment by field medics for the effects of teargas inhalation.