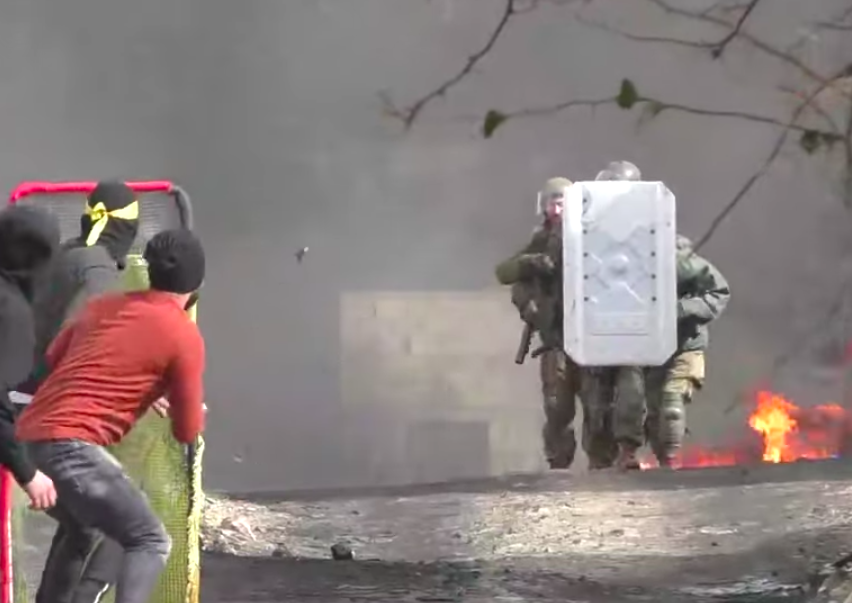 The Israeli occupation army opened fire, on Friday, at Palestinian civilians who gathered for the weekly non-violent procession in the village of Kufur Qaddoum, east of Qalqilia in the northern West Bank, injuring dozens, according to a local official.

Morad Eshteiwi, the media spokesman for the popular resistance in Qalqilia, told the Palestinian News & Information Agency (WAFA) that the army opened fire with tear gas canisters and rubber-coated steel rounds toward the non-violent demonstrators, and injured dozens.

Soldiers stormed the town during the weekly procession in which local villagers gathered to express their rejection of Israel’s continued settlement expansion, and to demand that occupation authorities re-open the main road to the village.

The unarmed Palestinian protestors burned tires and threw rocks in confrontations with the heavily armed occupation soldiers who positioned themselves on rooftops.

The villagers in Kufur Qaddoum have been steadfast in their rejection of the illegal settlement activity in the area, and the closure of the main road, located at the entrance of the town.

Every week for many years, local civilians gather after Friday Prayers at the local mosque, and march to the main entrance of the town, where the main road was closed off to Palestinians in 2003, while the colonial settlers have exclusive access.