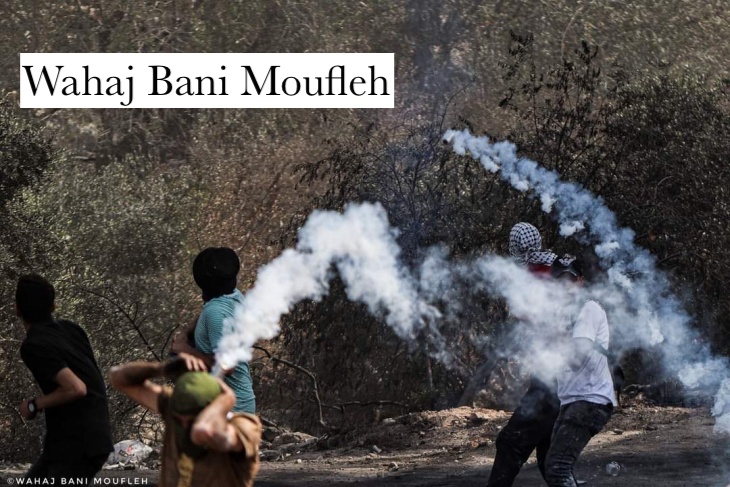 Ahmed Jibril, director of ambulance and emergency at the Palestinian Red Crescent Society in Nablus, told the Palestinian News & Information Agency (WAFA) that the soldiers shot 2 young men with live rounds, one in the foot, the other in the knee. They were transferred to Rafidia Hospital in Nablus for medical treatment.

Jibril added that the army shot 7 protestors with rubber-coated steel rounds, including a journalist who was
hit in the face, and a seventy-year-old man who was struck in the chest, in addition to 25 cases of tear gas inhalation injuries.

Quds News Network reported that Friday morning, Israeli bulldozers razed roads leading to Mount Sbeih, the site of the peaceful protests in Beita with the aim of obstructing protestors and ambulance crews from reaching the site.

Meanwhile, east of Nablus city, in the village of Beit Dajan, Palestinians gathered to peacefully protest against the colonization of Palestinian lands, QNN reported.

Soldiers fired live rounds, tear gas canisters and concussion grenades at the youths, details of injuries were unclear at the time of this report.