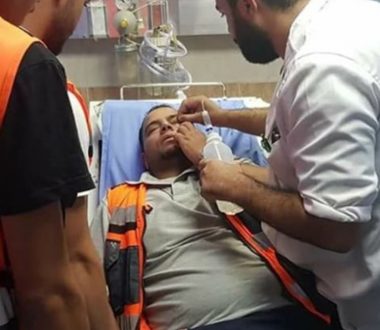 The soldiers attacked many Palestinian protesters with live rounds, rubber-coated steel bullets and gas bombs, in addition to firing live rounds at a Palestinian ambulance.

The Palestinian Red Crescent Society (PRCS) said the soldiers shot six Palestinians with rubber-coated steel bullets, before they were rushed to local hospitals for further treatment.

It added that the medics also provided the needed treatment to many Palestinians, who suffered the effects of teargas inhalation. The colonialist settlers started dancing and chanting provocatively near the shrine.

Joseph’s Tomb is revered by Jews, Muslims, Christians and Samaritans, but Israel prevents the Palestinians from entering the site, although the shrine is located in an area under control by the Palestinian Authority.

Palestinians generally hold that the tomb is the funerary monument to Sheikh Yusef Dweikat, a local religious figure.