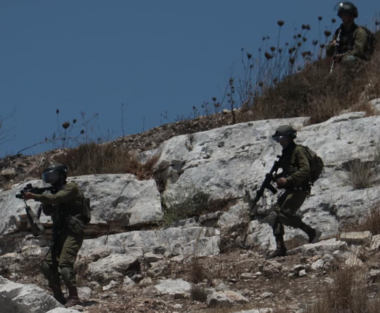 Israeli soldiers injured, on Friday and Saturday, many Palestinians in Kufur Qaddoum, east of the northern West Bank city of Qalqilia, during the weekly processions.

The Popular Committee in Kufur Qaddoum stated dozens of Palestinians marched from the center of the town, while chanting for liberation and independence, and calling for the removal of Israel’s illegal colonies.

It added that the soldiers attacked the protesters with a barrage of gas bombs, concussion grenades, and rubber-coated steel bullets, causing dozens to suffer the effects of tear gas inhalation.

The soldiers also stormed and ransacked many homes and occupied the rooftops of several buildings to use as firing posts and monitoring towers.

The protests came in condemnation of the seriously escalating Israeli violations against the Palestinian people, their homes, lands, and their holy sites, including the ongoing theft of Palestinian lands for the construction of the illegal colonies, in direct violation of International Law.