Army Injures Many Schoolchildren In Hebron 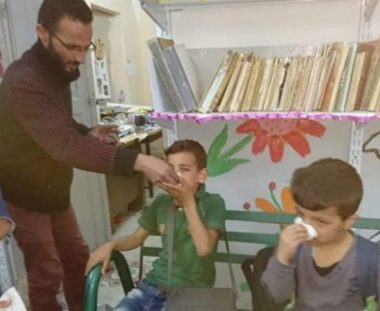 Israeli soldiers fired, on Tuesday morning, several gas bombs at schoolchildren in Abu Sneina neighborhood, in the southern part of the occupied West Bank, causing many children, and other Palestinians, to suffer the effects of teargas inhalation.

Eyewitnesses said the soldiers fired the gas bombs into the Nahda School, and its surrounding areas, and added that local medics provided the needed treatment to the wounded children.

They added that several Palestinians then hurled stones at the soldiers, who fired more gas bombs, and concussion grenades.

On Monday afternoon, the soldiers also fired gas bombs at students of the same school, causing many to suffer the effects of teargas inhalation.