Army Injures One Palestinian, Abducts Another In al-‘Isawiya 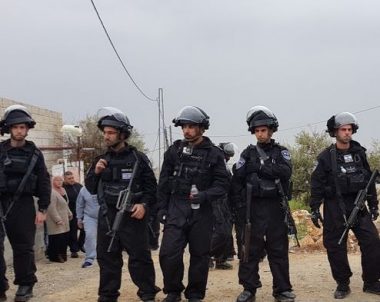 They added that the soldiers shot a young man with a concussion grenade in the head, while he was filming the invasion and the protests.

The soldiers also abducted a teen, identified as Mohannad Abu ‘Assab, 17, while standing near the al-Arba’in Mosque in the town, and took him to an interrogation facility.