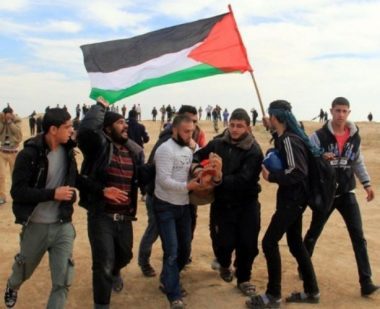 Dr. Ashraf al-Qedra, the spokesperson of the Health Ministry in Gaza, has confirmed that among the wounded are two children and one Red Crescent medic who suffered a moderate injury after the soldiers shot him with a live round in his leg, and added that another Palestinian suffered a serious injury.

Eyewitnesses said the soldiers, stationed in a military base across the border fence, fired many live rounds at the protesters and medics.

The wounded Palestinians received preliminary treatment before being rushed to Al-Aqsa hospital, in Deir al-Balah.