Gaza Patient Dies after Israel Refuses to Allow Him Treatment 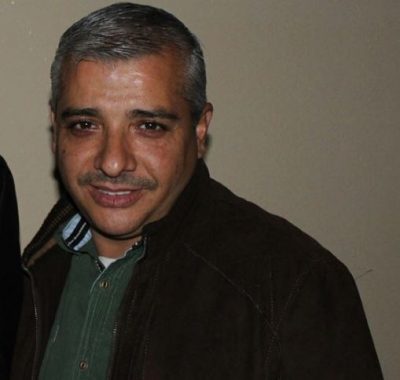 Palestinian medical sources have reported that a patient died, Saturday, after the Israeli authorities refused to allow him to leave the Gaza Strip for treatment.

The National Committee for Breaking the Siege of Gaza issued a statement revealing that Mohammad Jihad Debabeche, 41, suffered from cancer and urgently needed treatment in Israeli hospitals, but the army refused to allow him to leave the coastal region.

The Palestinian, from Sheikh Radwan neighborhood in Gaza city, is the brother of Bassel Jihad Debabeche, who was killed along with nine other Palestinians, on December 27, 2008, when the Israeli army fired missiles into Palestinian security headquarters in Gaza.

Their bodies were severely mutilated due to the Israeli bombardment of the security headquarters on the first day of “Operation Cast Lead” three-week offensive on the Gaza Strip, in which at least 1417 Palestinians were killed, Including 926 civilians, among the 111 women and 412, children.

13 Israelis were also killed; including eight soldiers, five of them were killed by friendly fire.

His brother, Nidal Jihad Debabeche, was killed on April 2, 1995, in an explosion in Sheikh Radwan, also leading to the death of several fighters of Al-Qassam Brigades, the armed wing of Hamas.