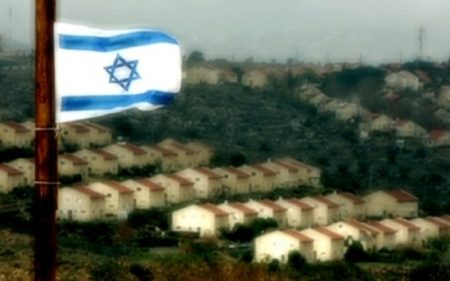 Israeli settlers installed caravans on Saturday, in the al-Farsiya area of the northern Jordan Valley region, in the occupied West Bank, according to local sources.

Aref Daraghmeh, a local rights activist, told WAFA that settlers installed caravans on agricultural lands outside of the illegal Rotem and Shadmot settlements in the Jordan Valley, which he said could be a prelude to establish a new settlement outpost.

In related news, Jewish right-wing organization Ateret Cohanim handed, on Saturday, a judicial notice to Jawad Abu Sneneh, a Palestinian citizen of occupied Jerusalem neighborhood of Silwan, ordering him to leave his home, alleging that it belongs to Israeli settlers, according to Wadi Hilweh Information Center.

WHIC said members of Ateret Cohanim raided Abu Sneneh’s home and handed his family a judicial notice ordering them to leave the home before June 25 and to pay a fine of $5300 as a rental fee for “renting” the house from its alleged Israeli owners for three years.

Abu Sneneh’s home is an apartment which shelters his 11-member family. It is located in a five-storey building, most of which has been taken over by Jewish settlers since 2015.

Since September 2015, a total of 70 Palestinian families have received eviction notices from Ateret Cohanim, according to local sources.

Ateret Cohanim is a settler group which aims to create a Jewish majority in East Jerusalem at the expense of Palestinians. It has made relentless attempts to control landmark properties in the holy city, including Islamic and church property.