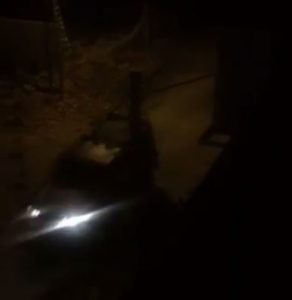 Israeli soldiers invaded, on Friday at dawn, the village of Kufur Qaddoum, east of the northern West Bank city of Qalqilia, searched at least one home, and clashed with local youths, who hurled stones at the invading vehicles.

Morad Eshteiwy, the media coordinator of the Popular Committee against the Wall and Colonies in Kufur Qaddoum, stated that the soldiers fired several live rounds, rubber-coated steel bullets, and gas bombs.

Eshteiwy added that the soldiers invaded the home of Mofeed Eshteiwy, who lives abroad, and searched the property, causing damage.

In related news, the army invaded the northern part of al-Biereh city, in central West Bank, and surrounded a company before storming it and confiscating surveillance tapes and equipment.