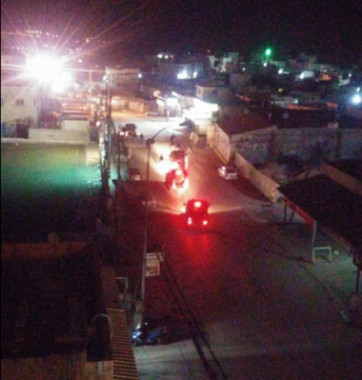 Update: On Thursday at noon, the soldiers abducted a young man, identified as Mohammad Ahmad Dari, from his home in al-‘Isawiya town.

The soldiers invaded Silwan town from several directions, while local youths closed roads with rocks and sand hills, in addition to burning tires, and the soldiers fired many live rounds and gas bombs at them.

The soldiers also invaded al-‘Isawiya town, in the center of Jerusalem, and the al-Ram town, north of the city, and fired many gas bombs, rubber-coated steel bullets and live rounds.

On Wednesday at night, several Palestinians hurled Molotov cocktails at an armored military vehicle in Ein al-Louza neighborhood, in Silwan town, causing it to burn.