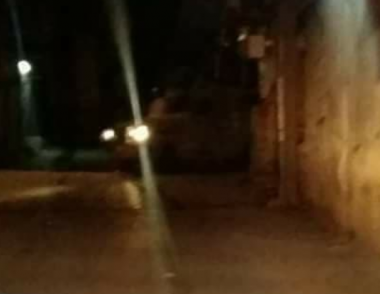 Media sources in Qalandia said the soldiers clashed with many local youngsters, who hurled stones at the invading army jeeps.

They added that the army fired many live rounds, rubber-coated steel bullets and gas bombs.

The soldiers also abducted at least two young Palestinian men, and took them to an unknown destination.

Furthermore, the soldiers invaded and violently searched dozens of homes in the refugee camp, and attacked many Palestinians, while looking for what the soldiers called “wanted Palestinians,” and withdrew three hours later.