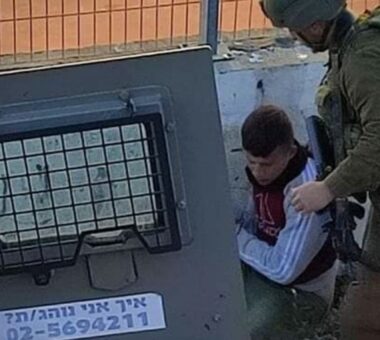 They added that the soldiers assaulted school staff, including teachers, and abducted two schoolchildren, identified as Ramez Tamimi and Ahmad Tamimi.

On Tuesday at dawn, the soldiers abducted at least seventeen Palestinians from several parts of the occupied West Bank, including the occupied capital, Jerusalem, after the army invaded and ransacked dozens of homes.