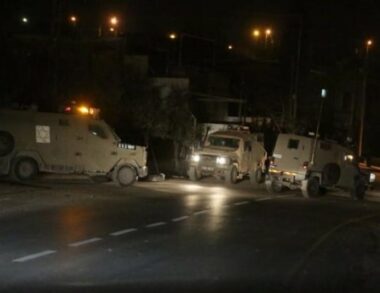 The sources added that several army jeeps invaded the village before the soldiers fired many gas bombs and concussion grenades at the Palestinians; the soldiers and the colonizers withdrew from the area shortly afterward.

Also, Israeli soldiers abducted a young man, Wisam Seder, from his home in the Old City of occupied Jerusalem, in the West Bank, shortly after an order banning him from entering it had expired.