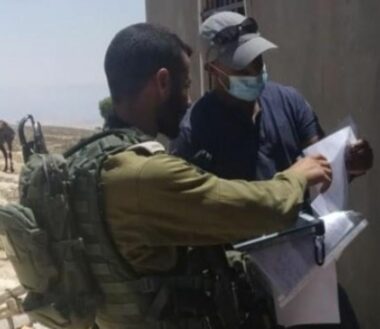 Fares Rafiq, a Palestinian from Qalqilia, said the soldiers handed him an order for the demolition of his structure, in the eastern part of the city.

He added that the structure, built on his own land, is about 360 square meters and that the army claims it was constructed without a permit from the “Civil Administration Office,” the administrative branch of Israel’s illegal occupation.

Rafiq stated that his losses would exceed 200.000 Shekels if the demolition is carried out.

It is worth mentioning that Awad’s brother, Taha, recently received a similar demolition order.

Al-Walaja is subject to frequent Israeli invasions and demolitions, while more destruction orders are issued by the army, amidst the ongoing illegal Israeli colonialist activities.