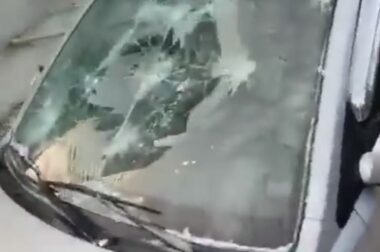 Taiseer Abu Diak, the head of Sielet ath-Thaher Town Council, that several armed colonists attacked the home of Rami Ayed Abu Asba, shattering the front and rear windshields, in addition to puncturing the tires of his car.

He added that the colonists also hurled insults at the Palestinians and threatened to physically assault them.

The Israeli assailants came from the area of the evacuated Homesh colony, where they have been trying to establish an outpost.