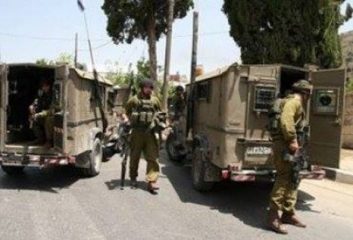 Suwwan is the brother of Luay, who is a political prisoner held by Israel after being sentenced to 14 years.

In addition, the soldiers kidnapped three Palestinians, after invading their homes in the southern West Bank district of Hebron.

On Monday evening, the soldiers attacked a shepherd herding his sheep in Surif town, near Hebron, and kidnapped him, leaving the sheep behind. Local sources said the kidnapped Palestinian has been identified as Hotheifa Ali Eghneimat.