Infant With Heart Condition Dies Due To Gaza Siege 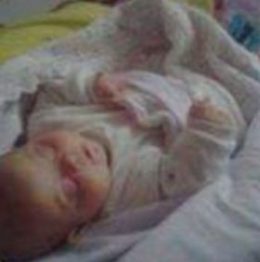 The deadly siege on the war-torn Gaza Strip claimed, on May 29 2016, the life of a five-month old infant, who was born with a heart condition, but whose family was unable to transfer her to a hospital outside of Gaza until a few days ago, when she was moved to al-Makassed Hospital in Jerusalem, where she died of serious complications.

She has been identified  as  Nour Mo’taz Nassar, five months.  Her family is from the Nusseirat refugee camp, in Central Gaza, where doctors were unable to provide her with the needed treatment, due to the lack of specialized equipment.

The deadly Israeli blockade on the coastal region has prevented much-needed medical equipment from entering Gaza.

The family eventually managed to get a referral to transfer her to a hospital outside of Gaza, but could not go to Egypt due to the closure of the Rafah border terminal. 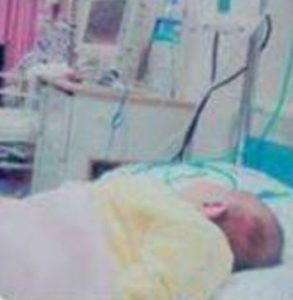 Her uncle said that the family kept trying to have her transferred to other hospitals, and finally managed to get an Israeli approval to allow her transfer to the al-Makassed Hospital in Jerusalem — not with her mother, but with the mother’s aunt, as Israel refused to grant her mother a permit, citing “security considerations.”

On May 23rd, the infant was finally transferred to al-Makassed, and died of accumulating complications on May 29th.

Hundreds of patients, including children and infants, have died due to the decade-long Israeli siege, while hundreds more could face the same fate, especially since the repeated Israeli wars and the blockade have emptied Gaza hospitals and medical centers of the urgently needed supplies and medication.

On Thursday, February 18th 2016, a child, identified as Marah Diab, 10, died due to the siege in a Gaza hospital. She suffered from kidney failure for six years, and died after her family was unable to transfer her to a hospital outside of the coastal region.

Both Israel’s siege and the Egyptian restrictions and closure of the Rafah Border Terminal, prevented her transfer for more advanced medical treatment, eventually leading to her death.