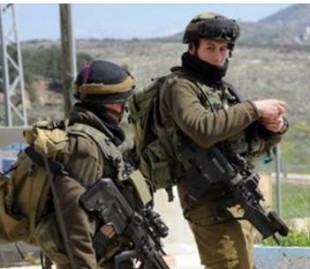 Israeli soldiers opened fire, on Thursday morning, on a number of Palestinian farmers in their lands, in the southern part of the Gaza Strip, and east of Gaza city.

The WAFA Palestinian News Agency said the soldiers, stationed across the border fence, fired many live rounds on the farmers, while working in their own lands, forcing them away.

The Israeli army conducts frequent violations against Palestinians, and their lands, in areas close to the border fence, in the northern and eastern parts of the Gaza Strip, an issue that prevents dozens of families from planning their lands.